Friday, January 24th Paris Blohm is making his way to Whiskey Bar in Portland, and you can win 2 FREE tickets from us here at Dance Music Northwest!

Ranked as one of the top up and coming artists, Paris is sure to make it a memorable night. His new hit Colors has reached the top 10 overall songs on Beatport and has been getting rave reviews ever since. Paris brings us progressive house beats and has gained support from the likes of Tiesto, Hardwell, and Armin van Buuren just to name a few. Recently on his Facebook page, Paris noted that not but a little over a year ago he was delivering food for a living aside from his normal producing gig. We can say he has certainly come a long way! Paris has definitely taken the electronic music scene by storm often giving out free releases and collaborating with renowned DJ’s. With a rapid growing fan base Paris is not one to be missed.  He’s obviously just getting started.

It’s without a doubt that it’s going to be one raging time at Whiskey Bar that Friday and we’re giving away (2) tickets! 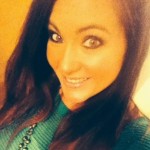