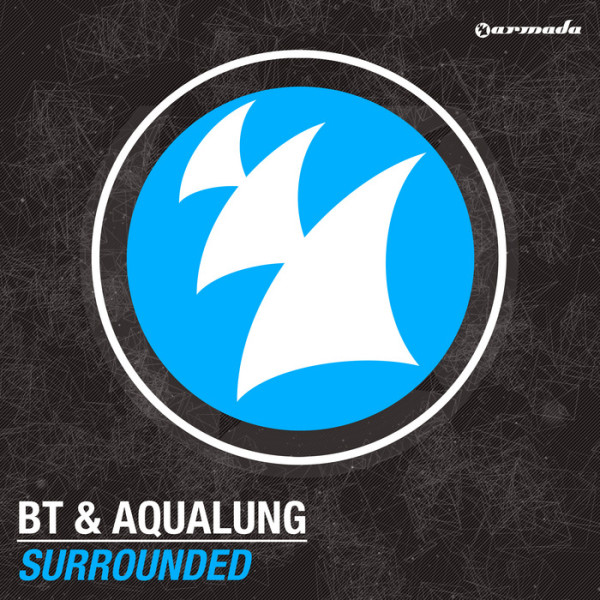 Monday is a HUGE day for Armada Music. And what’s even BIGGER is the sound you are about to experience. It’s simple math, really; Take BT, add in the hauntingly beautiful vocals of Matt Hales (Aqualung), and multiply that magnificent combination by 3. The result: Surrounded. Below is the preview of the original track by BT, as well as two top-notch remixes by producers we are becoming quite fond of..

BT & Aqualung-Original Mix
The legendary sound of BT is heard loud and clear in this trance-turned-glitchy-electro original. Aqualung’s well-crafted vocals are just what we’ve been waiting to hear in dance music, melding perfectly into any genre his voice falls into. This track buckles you in; taking your ears for a wild ride with an eager, trance-like build, pulling up and up and up- like the ever-anticipated roller coaster ride- reaching finally to the top, only to pause- for the slightest moment- before taking off at a hard-hitting speed of over 130 BPMs with twists, turns, and glitchy, electro genius.

Daniel van Sand and Ascend Remix
Norway’s Daniel van Sand teams up with US producer Ascend to take this track deep down into darkened, airy space with developing, melodic synths to carry out the vast echoes. Building up into a big-room trance feel, the mood rushes back in to drop with a heavy- but mellowed- triplet beat. This rich, tech-house style of remix is a distinct contrast to the original’s uplifting trance vibe; yet the heavy anchored-rhythm floats Aqualung’s chilling, echoed vocals like a grey mist above the sea. A perfect match for the Aqualung aura that we remember.

Sean Darin Remix
The Hungarian producer Sean Darin takes his expansive electronic talents and compiles a remix including a fresh, ambient intro, progressive builds, and an epic trance complex. He doesn’t stop there- adding in break-beats paired with floating piano melodies; and suddenly, a dub-step breakdown. If there is a genre that is to be tested, Sean Darin is up for the challenge. The likelihood of Sean Darin blowing up as big as this track in the near future is highly probable, and we can’t wait to hear what’s next from him.

All of these tracks will be available on Monday, July 15th on Beatport.