Prepare For Louis Futon's Upcoming Show With These New Tracks Louis Futon has been doing something extremely cool. The producer’s been asking fans to suggest songs for his “beat challenge,” and working the best suggestions into a full-length remix that’s all his own. The result? A pair of fantastic takes on the year’s hottest songs. Don’t believe us? Check out his flip of Frank Ocean’s Solo:

The tracks themselves have generated a fair amount of buzz, but he’s also captured the attention of hundreds of ambitious producers by documenting his beat-making process.

Watch him break down the creation of his Frank Ocean flip here:

Yesterday I asked you guys again what song I should sample to make a beat with, here is the result 😄 cc: Frank Ocean pic.twitter.com/FFgnu2jq7z

Obviously, the dude’s got chops – but what’s more impressive is that he’s doing it all while on tour. He’ll be playing in West Hollywood on the 19th, then coming up to Seattle to play at The Crocodile on the 26th. Bellingham local Metsa is opening up for him, and there’s no doubt the young producer’s own euphoric, vocal chop-laden rhythms will complement Louis’ style. Right now, tickets are $19.45 ($26.47 CAD) after fees.

If you’re a fan, we couldn’t recommend going enough. Until then, here’s one of his latest tracks to hold you over.

Will you be making an appearance at the show? What’s your favorite Louis Futon track? Let us know in the comments below.

In this article:Louis Futon, The Crocodile, Tracks
Up Next:

This Month in Electronic Music History, Vol. 3: May 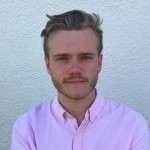 Don’t Miss Hudson Mohawke at The Crocodile This Week