Into The Underground: Unity Productions As dance music has progressively become more mainstream, ravers who have been attending shows for years have noticed a depletion in underground shows. Some of the event companies who were once underground have become more popular among young adults and have are widely attended by newcomers. It is increasingly difficult to find undergrounds still throwing shows with less mainstream sub-genres including happy hardcore, hardstyle, breaks. etc..

Nowadays, Unity Productions is widely attended by underground rave-goers. There is a lot of positive buzz about this company’s stellar events, thrown in the upper Portland/Vancouver, WA area. Ravers located in the Seattle area have been making the three hour trek all the way across the state for these shows. Unity throws their events in interesting venues such as old warehouses, training centers, and even old schools. The location of their events gives unique character to each show, making no two shows exactly alike.

Unity gives the younger raving audience an opportunity to attend their events and encourages bringing the original culture of raving back to their shows. Glovers, Hoopers, and Poi spinners are all given the opportunity to perform without getting their light toys confiscated, like many event companies do nowadays; hence the name of the company being “Unity”. Unity productions emphasizes the message of unity and everyone coming together to create a positive raving environment.

My goal when I started unity was to move beyond the genre divides and cynicism within the scene and focus on the things that pull us together as people and a scene. .. one of the things you will hear a lot about unity shows is the vibe. Me and my team work very hard to create an environment where everyone can come and experience the event in their own way and have all those different ways contribute to the overall feeling of the show.

Unity attempts to create an accepting environment and to bring back the roots of underground music, along with a wide variety of different sub-genres. This production company has recently been booking bigger names such as SPL, Minesweepa, and coming up, their event “Just B Cos 2” featuring KJ Sawka on April 25th. If you are looking to get back to the roots of raving and attend an underground show, Unity events are the ones to attend.Let us know if you’re going to attend in your comments below, or on Twitter.

In this article:KJ Sawka, Minesweepa, Underground, Unity Productions
Up Next:

10 Shambhala Sets We Won’t Be Missing This Summer 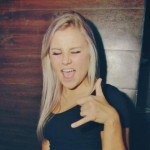