Amusing Ourselves: Trying To Define Music When asked ‘what is sound?’ Most people are unable to offer a sound definition. They may start listing off synonymous words to sound such as noise or anything that is audible, perhaps even offering the term vibration. Rather than these feeble attempts at defining sound well, offer the more concrete physical definition which articulates sound to be an oscillation in pressure, stress, and particle displacement & velocity, amongst other more technical definitions. These more technical definitions are for those who really wish to travel deeply into the rabbit hole.

But definitions for sound aside, what’s the difference between something simply being a sound vs. something being music if anything at all? While some might say it’s in the timing of the sound that differentiates it from simply being noise vs. music, we’d like to challenge such definitions in saying that music is more than just rhythmic beats, harmonious sounds, or instruments being played to consistent or systematic tempos.

And for the readers whom have never felt moved by the muses, here’s a definition for music if you type it into Google:

Middle English: from Old French musique, via Latin from Greek mousikē (tekhnē ) ‘(art) of the Muses,’ from mousa ‘muse.’
noun

So if music is understood to be art inspired by the muses and is defined by these two finite definitions we find that, despite being given only two finite definitions, we realize that this could be interpreted to include even the words of this article as music, as these words are just a collection of symbols which are meant/intended to articulate words which are to be understood through their vocal expression. Strange as most will probably only hear this music in their head.

Music for us here at DMNW is life. And to try and give it any further more concrete or tangible definitions feels a lot as if we’re putting life itself in a box and are limiting ourselves rather than freeing our mind to endless possibility. To quote Julie Andrew’s character Maria of The Sound Of Music, ‘the hills are alive with the sound of music!’

And if you think this notion preposterous and wish to argue that hills aren’t alive, let alone filled with the sound of music, we’d say listen harder! And before you start debating that you should first consider Arguing With The Madronas.

In this article:EDM, Muses, Music
Up Next:

Here’s Some Proper Trance From PNW’s Own Sean & Xander 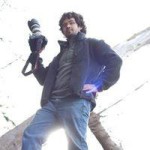