Syn Cole Helps Us Get Groovy With 'Miami 82' Syn Cole, of the infamous Le7els record label family, has introduced us to yet another really fun and dance evoking track with ‘Miami 82’. ‘Miami 82’ is only Syn Cole’s second release, but he has already been snatched up by Avicii’s record label. He even had an international summer tour where stops included Ibiza, Tokyo, Sweden and Norway. You may also remember him from his first release titled ‘April’, which reached the Beatport Top 10. ‘Miami 82’ features the incredible vocals of Madame Buttons, and it’s also got an insanely groovy beat that we just can’t get enough of. Once the vocals kick in, our toes can’t help but tap. The melody is bouncy and happy and smile inducing. If you remember the track ‘Leaving You’ by Audien, ‘Miami 82’ almost reminds us of it with it’s funky beat and vocals. Not to mention, it’s refreshing to hear something other than big room house or a song that sounds like someone is banging wood blocks together for the majority of it. (Not that those songs aren’t great, but we’re feeling open to some variety.) Something different is nice, and we’re hoping to hear more of what Syn Cole has to offer very soon.

You may notice that Avicii also did an edit of this track without the vocals, which has received a fair amount of attention. While we enjoy both versions (and although the words in the lyrics of the vocal edit seem to have nothing to do with “Miami” or “1982”), the lyrics are joyful and bright, and we love the way they fit into the background. We suppose if we had a “midnight daydream” (as Madame Buttons sings) it might feel like this song. Overall, ‘Miami 82’ a highly addictive dance floor smash, and it definitely deserves a listening to. 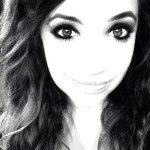