Plans to Demolish the Showbox Market Have Been Submitted The Showbox Market is an iconic Seattle venue, built all the way back in 1916, and hosting music events as a designated dancehall since 1939. The venue’s remarkable run could be coming to a close, as plans have been submitted to the city of Seattle to tear down the property, and build a “mixed-use multifamily tower with approximately 442 units,” along with “ground-level retail space and 88 parking stalls below-grade.” Brian Miller of the Daily Journal of Commerce claims that the Vancouver, B.C.-based Onni Group are in charge of the project, with architecture firm Perkins + Will designing the building. The official pre-application was submitted to the city by Jack McCullough, a lawyer at real estate law firm McCullough Hill Leary, PS, based out of downtown Seattle. The application is, ostensibly, meant to continue work on combating housing shortages in the Seattle area.

AEG Live, Perkins + Will, and Onni Group have not responded to DMNW’s request for comment.

There are still a number of developing aspects in this story. First, the application address is 1412 1st Ave, while the Showbox Market is 1426 1st Ave. Conceivably, the land use would encompass the entire Showbox complex, reiterated by Mr. Miller in his initial report. Second, the city hasn’t actually accepted the pre-application, it has only been initiated.

We will continue to update this article as new information is received.

Tearing down the Showbox Market would represent a massive shift in the Seattle music scene. The venue has played home to a variety of acts across virtually every genre over its lengthy tenure, and holds a special place in the hearts of music fans across the Pacific Northwest.

A Change.org petition to make Showbox Market a historical landmark has been organized for those in favor of enshrining the venue’s historical significance.

In this article:AEG, Seattle, Showbox Market
Up Next: 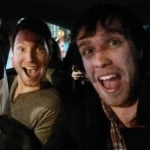