Rezz, once again, graced Seattle with her presence for her Mass Manipulation tour on October 21, 2017. Hot off the release of her album of the same name, there was something magical in the air that night. Right from the opening acts, it was easy to tell Seattle was in for a treat.

Providing support for the tour, Zeke Beats took the stage with a wobbly, downtempo, underground style that initially left many scratching their heads. As his set progressed, you could feel the vibe change as the crowd became more familiar with his style. After dropping favorites like Dispatch and Payload, he had all in attendance eating out of the palm of his hand. They were finally ready for the main event.

Finally, it was time for Rezz, Space Mom herself, to deliver on what everyone had been waiting for. With incredible visuals, and her trademark glowing glasses, she took the stage with her new track Relax, and was off to the races.

Rezz is an incredibly talented DJ. Not only technically, but in the way she can read a crowd and craft a set. Throughout the show, we were treated to all of her classics like Edge and Plague. In addition, there were also some surprises. Anyone who has listened to one of Rezz’s sets before knows she is no stranger to dubstep. She proved that once again as the audience was treated to Excision’s Harambe about mid-way through. The entire show was mixed with everything from Rezz’s signature pounding four-on-the-floor bass all the way to Noisia and Excision. It’s this versatility that makes it easy to see why her fans always come back for more.

Beyond the music, there was one undeniable intangible that made the night spectacular. That was the people and the energy they brought with them. Everyone acted as if they had all known each other for years, even among new friends. People were swapping stories of the last time they saw Rezz or how many times they’d seen her on this tour. By the time the night drew to a close, The Showbox felt more like one big group of friends than it did a concert.

Did you experience the Rezz show? Drop a comment below and let us know your favorite track or moment!

In this article:Events, mass manipulation, REZZ
Up Next:

A Moment With Kidnap Kid & Studio 4/4 on Halloweekend [Review] 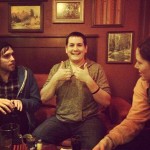 A fan of the biggest rooms and even bigger hugs, our intrepid Financial Director manages to find both the money and the heaviest bass.