Undoubtedly, one of the darkest times in our Northwest dance music history occurred nine years ago on this day – the Capitol Hill Massacre. Following a rave at the former Capitol Hill Arts Center or the “Shack”, a gunman fatally shot six people at a late-night afterparty, before turning the gun on himself. The victims, 21-year-old Christopher Deacon, 26-year-old Jeremy Martin, 14-year-old Melissa Moore, 22-year-old Justin Schwartz, 15-year-old Suzanne Thorne, and 32-year-old Justin Travers were all familiar faces in the local rave scene.

Following the tragedy, there was outcry from various public officials and news media outlets like the Seattle Times to reform the All-Ages Dance Ordinance. The All-Ages Ordinance had replaced the Teen Dance Ordinance in 2002, a radical Seattle legislation that heavily restricted club promoters and venues from throwing all-ages events. While no policies were changed in the aftermath of the tragedy, our local scene had been deeply affected that day, both as a direct and indirect result of the Capitol Hill Massacre. In many ways, the Northwest scene in 2006 is unrecognizable compared to how it stands today. The events were smaller, the community more intimate, and there was a greater emphasis on the overall EDM experience, as opposed to big-name lineup draws or high production value. Raves were primarily themed-based, and largely supported by an underage crowd. All-ages events are now fewer and far between, with a dwindling number of underground promoters left in business. While much has changed within the last nine years, one philosophy has remained an abiding force in rave culture: PLUR. The single-syllable, four letter acronym maintains a deep sense of meaning for those who follow its principles of peace, love, unity, respect (and responsibility for those of you who like to include that second “R”).

There are few communities in the world that are quite as unique and diverse as the EDM community. From the kandi kids to the business professionals, ravers derive from all walks of life, of which none are excluded. Regardless of race, ethnicity, sexuality, or any other social and political categories used to separate us from one another, we unite under a higher calling: music. Raves provide an avenue to escape reality and immerse ourselves under the electric lights and sounds, if only for a couple of hours. At its purest form, raves are a refuge and this should never be taken away from anyone.

Far too often when we hear of tragedies surrounding electronic dance music, it involves substance-associated fatalities. Incidents like FreakNight 2014 and Paradiso 2013 serve as stark reminders for the importance of practicing harm reduction. It also reminds us to follow the tenets of PLUR, while looking out for ourselves, friends, and strangers alike. However on this day, we should reflect on the six innocent lives taken on Capitol Hill nine years ago, not as a result of drugs, heatstroke, or dehydration, but through an act of senseless violence. They were sons, daughters, brothers, sisters, and also members of our rave scene.

In this article:Capitol Hill, PLUR, rave culture
Up Next:

It’s Time We Had A Serious Talk About Tragedy

Just Try It Once: My Sober Raving Experience 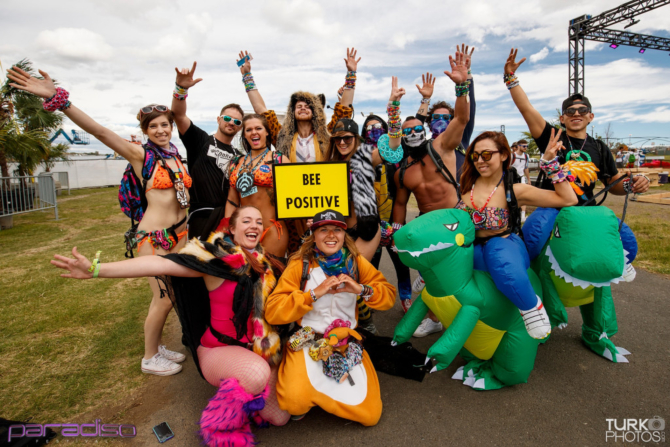 Is It Too Risky To Mention Rave Culture at Work? A Formula We Suggest. The DMNW Guide to Surviving Snowpocalypse 2017