The news of digital music pioneer Ikutaro Kakehashi’s passing at the age of 87 on April 1st brings a heavy heart to the electronic music community. It is not enough to say that he was instrumental to electronic music, for his profound influence was influential to the sonic fabric of all genres, and without his genius, music simply would not be what it is today.

Kakehashi is the founder of Roland Corporation, plus, the mastermind behind many instruments and technical developments that momentously impacted modern music; like the TB-303, TR-808, TR-909, and Musical Instrument Digital Interface (MIDI) just to name a few. Some classic hits that relied on the 303, 808, and 909: Sexual Healing by Marvin Gaye, Love Lock Down by Kanye West, Musique Non Stop by Kraftwerk, Pump Up the Jam by Technotronic, Closer by Nine Inch Nails, and the list goes on (and on).

Kakehashi did not appear on camera often, but in an interview discovered by NTS Radio last year we see a momentary glimpse into his creative mind. He reveals, “one day I got a yearning to play music, but the instruments I wanted did not yet exist and so I had to make them on my own.” In 2016 at 86 years old, Kakehashi was still hard at work inventing. His last project was the aFrame, an “electro-organic” instrument said to play like a hand drum. In his autobiography, I Believe In Music, he writes “music is as old as the shepherd with his panpipes, but now it also is as new as the space age.” Ikutaro Kakehashi’s legacy will continue to live on, and it is because of his creative spirit and groundbreaking contributions that music can evolve and become new time and time again.

In this article:808, Ikutaro Kakehashi, Synthesizers
Up Next: 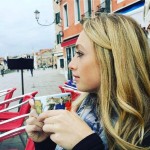 Is The Moog One Worth The Money? Roland Adds The Classic 808 Drum Machine To Its Boutique Line