The much anticipated ODESZA and Death Cab for Cutie show, Double Major in Bellingham, WA happened last weekend, and it was a dream. Being from the Northwest it is hard not to be a fan of Death Cab for Cutie or ODESZA, so when tickets were announced, they sold out quickly. We were in the virtual line at 10 am when fan sale tickets went on sale. The show was to benefit WWU’s Alumni Association Scholarship Endowment.

With this being the one of the biggest event in Bellingham history, we were not really sure what to expect, but we were blown away by the sound, people and production. Getting into the venue did not look organized, but we were able to make it in rather quickly while still feeling safe. They had 10 metal detectors with no lines, but everyone was able to create their own and make it in.

The weather turned out to be perfect, but we were a little nervous going into this night if it did rain. Along with a night filled with music, they also had a number of food trucks with an assortment of options, vegan, pulled pork, pizza, nachos.

The night started off with chong the nomad, Robotaki, and LipStitch who were pumping us up weeks before, as well as the day of. Death Cab for Cutie kicked off right on time playing an hour and half set. We have seen Death Cab for Cutie many times, and their performances never get old. Lead singer Ben Gibbard’s voice is like no other. Pair his voice with the amazing musical talent from every band member and you just get lost in their sound.

ODESZA finished off the show with an amazing performance, as always. ODESZA has a very impressive sound, light show, and all around performance. Their energy is like nothing out there. With a mix of electronic and live instruments, it is a group of extremely dedicated musicians in a genre all their own.

This show almost brought us to tears, the energy through the night was perfect. With both groups being back in their home town, it was like an energy that could not be explained. They always put on impressive shows, but it felt like there was a bit more behind their sound that night. It was also a special treat to hear them talk about where they were from and be so proud of it.

This show was well worth the trek up to Bellingham; we wish they do it again and make this a yearly show. Every person in that crowd was there for good music and good energy. Thank you Bellingham for welcoming a group of music fans to your beautiful town, and putting a show on that will go down in history.

In this article:death cab for cutie, Double Major, ODESZA
Up Next: 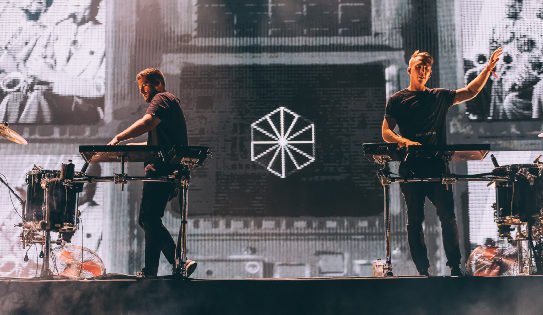