This is Part 4 in our ongoing series, “Capturing the Moment“, where we dive in with your favorite artists‘ tour photographers and videographers, talk in–depth about their craft, life, and learn more about the unsung heroes of dance music.

If you follow San Holo on Instagram, Twitter or whatever social media account that you live for, you have probably seen a photo or video by this guy, Haley Lan. With persistence and passion, Haley didn’t take no as an answer when fighting to have film as a career. From sleepless nights to going back to the hotel room early after a show to edit content, this is the life that brings joy to this talented creative. Now, a dream became a reality, Haley is the tour photographer for San Holo’s current tour with Droeloe and Just a Gent. We caught up with Haley at Gold Rush Festival in Arizona recently. Check out the full interview below.

DMNW: Describe your career path from starting out to where you are today.

HL: After I graduated from film school there was a period of time when I didn’t know what I wanted to do. I worked at a wedding company for a while, did some side freelancing gigs but never really found the passion. Last summer I went back to my home country Taiwan and I brought my camera with me. I made a travel video with a bunch of my homies and it turned out to be actually pretty decent so after I got back I thought why not try to make something out of it. I really got into dance music during that time so I started reaching out to a bunch of artists with zero experience in shooting live concert. I eventually got a gig and slowly climbed my way up to where I am today! DMNW: What is it about concert photography that first appealed to you as a passion?

HL: At first I think it was the crowd and the vibe and that concert photography (dance music specifically) was something so new to me that made it super exciting. But after shooting a while I realized it’s the artist’s different emotions during their sets that attract me the most. I’ve never really considered myself a photographer to be honest, I started out just by going out and shooting street photography, so capturing the right emotions was always something important to me when it comes to photography. I try to reflect that as much as I can through my work.

DMNW: You are currently on tour with San Holo, what is your favorite part about touring with San Holo and how did you get that gig?

HL: My favorite part about touring with San is our team for sure. It feels more like one big family and we all do dumb shit together. This is my very first tour so I’m still trying to absorb everything that’s happening, it’s pretty crazy to think that we’re on the road for 7 weeks together but time is definitely flying by. I shot my very first San Holo show back in March and I think we just developed a pretty good relationship since!

DMNW: What advice do you have for photographers that are trying to get hired for a tour?

HL: I would say just keep being you and don’t pretend to be someone you’re not. As long as you have a good heart and you’re willing to work hard good things will come! There are so many people trying to do concert photography/ videography nowadays it’s so hard to stand out so just keep doing your thing and find new ways to get inspired and master your craft and there will be a place for you. DMNW: What is on your playlist right now and are you a raver when you’re not working for DJs?

DMNW: Favorite show/stop on this tour so far?

HL: My favorite stop is probably New York so far. We all got to spend Thanksgiving together and since half of our crew are from the Netherlands it was their first Thanksgiving in the US, just fun times with good people. DMNW: What has been the worst situation that you encountered on tour?

HL: Definitely, Montreal. I was in the crowd for the intro and was trying to make it back on stage for the drop because there was going to be a confetti pop, so running back I hit my leg into this metal box thing in the middle of the walkway and cut my leg open. I had to go to the hospital right after but the worst part was my insurance didn’t work in Canada so it was going to cost me close to $2k to get stitches. Decided to let it heal on its own so here I am now limping. All good though I was pretty scared I’d have to fly back to LA so I’m glad I’m still here shooting. Don’t think my parents even know about it actually (sorry mom).

DMNW: Photography costs a lot to produce, what kind of investments have you made into this career?

HL: A lot. I can never be thankful enough to my parents for letting me borrow their money when I started out my career to invest in gear, they’ve always been supportive. For this tour alone I had to get a new laptop and camera/ lenses so that definitely made a dent in my wallet but in the end, those are still investments worth putting in. DMNW: Who would you like to work with in the future/ what is next for you?

HL: Biggest one I can think of is probably Kid Cudi. I still remember the day my friend showed me his music back in high school and it was really life-changing, it got me through a lot of the hard times. Would be a dream come true if I got to shoot for him. Moving forward, I want to try branching out to the hip-hop scene more. The E-sport industry is also on the top of my list since I’ve developed some pretty good relationships with other creatives there, excited to be putting out content with them! What other photographers and videographers do you admire in the electronic music scene? Share your responses, favorite pictures or videos in the comments!

In this article:Capturing the Moment, Haley Lan, San Holo
Up Next: 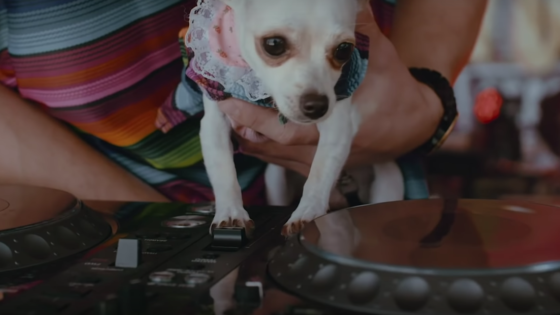 Behind the Camera With Herobust Tour Photographer Zach Villafana