"From The Basement To The Roof" With Club Cheval Amidst the new wave of techno that is currently sweeping France, one act stands in its wake – Club cheval.  Comprised of producers Sam Tiba, MYD, Canblaster, and Panteross666, the Paris based super group, whose name roughly translates to “club horse”, offers an alternative sonic palette to those of their compatriots.  Though the producers individually flex a variety of production styles, the Bromance Records signed production team has seemingly found its center with their latest release.

Plain and simple, From The Basement To The Roof is an emotionally gripping, R&B laced house jam.  Featuring a dragging piano progression guided by a springy bass line, the track’s soulful melancholy is carried by the mellow and sentimental touch of Los Angeles based vocalist Phlo Finister. In From The Basement To The Roof, we have a perfect transitional piece – capable of driving the dance floor as it is taking the after-party into the early morning.  As the first single off of their upcoming debut album – slated for release later this year – it’s easy to say Club cheval has asserted its place in a heavily house saturated dance music market.

While dance music is currently caught in the throes of garage and tropical house, From The Basement To The Roof is a welcomed break from their inundating ubiquity.  Will you find yourself caught up in the moment of this jam?  Let us know on Facebook or Twitter.

In this article:club cheval, French, House
Up Next:

The Finer Points Of Trance With Kyau And Albert (Exclusive Interview) 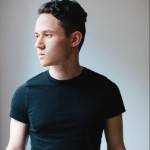 A lifelong musician, Michael started his musical education at the age of 4 and started listening to electronic music in high school. Currently, he's really into the techno, tacos, table tennis, and dancing. He plays records and produces music out of Portland, Oregon. Go check him out.