Oliver Jones aka Ollie is never afraid to blatantly speak his fucking mind.

Skream, regarded as the man responsible for helping to break dubstep into the mainstream with hits like Midnight Request Line in 2005, also propelled La Roux’ single In For The Kill to #2 on the UK  charts. In 2007, his singles Angry and Colorful became a genre defining time stamp for the UK bass scene as the first time dubstep was featured on television in the series Skins. His path to mainstream solidified after joining forces with Benga and Artwork,  their debut Magnetic Man climbing to #5 on UK’s album charts. After a decade of dubstep dominance, Skream shocked us all when he buried his dubstep days into the grave. While he’s still navigating through a multitude of haters from fans and producers alike, we will never complain if a man wants to go deeper.

Disco, House, Tech, Funk – this is what Skreamism is pumping out these days. He’ll have you know that his influences stemmed from the underground UK garage scene since he was at the pubescent age of 15. Throughout his career he has produced and collaborated with Chromeo, Katy B, John Lengend, and Kelis. We’re digging his sexy new single Right Here ft. Jess Glynne, the songstress who peaked at #1 on the charts with Route 94 on the single My Love. Even though we’re down to get groovy to that, his retired fans are still openly resentful of Ollie’s change of direction, begging for a dubstep Skream reincarnation, and accusing him of hopping on the trend bandwagon. So to all of those haters who didn’t pay attention to his Twitter responses to you, take a moment to swallow a big verbal middle finger and enlighten yourself with his documentary, Come With Me (or F*ck Off).

Let us know what you think of his documentary on our facebook or by commenting below!

In this article:come with me, Dubstep, Skream
Up Next:

Bass Fans Get Stoked On Safe In Sound Festival, Set To Bring Bass To The Face This Fall 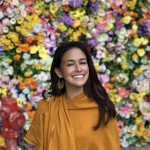