The hearts of electronic music fan’s around the world ached for Eric Prydz over the weekend, after he was forced to cancel all three of his Miami Music Week performances. That included his Thursday Pryda show, his headlining Ultra set, and a b2b with Adam Beyer.

I am really sorry but due to an acute medical condition I am unable to travel or perform in Miami this week. I am truly gutted to miss any shows but especially Miami as this is one of my favourite times of the year.

Prydz cited this as an “acute medical condition.” Thus far this is all the information that has been released to the public. There are multiple ailments that could prevent him from traveling. We are hoping and praying this is not a major illness that could place Prydz on the sideline for consecutive months.

We can’t wait for the next Eric Prydz show, but we want him to be 100 percent healthy for it. With the help of Eric Prydz’s visual team, he has created some of the most stunning live concert experiences. For example, Eric Prydz Presents HOLO in 2019. HOLO is a live concert with images projected in real time for the crowd’s pleasure.

We are confident that Eric’s health will return. Take as much time as you need to get all of your energy back. To hold us off until his return, we have 51 hours of mixes curated by Eric Prydz himself.

In this article:Eric Prydz, Illness, Miami Music Week
Up Next: 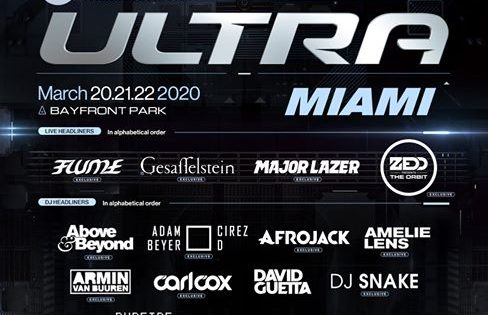