Dion Timmer just dropped his latest track Lost for his second release through Monstercat. Featuring some classic crushed 8-bit sounds, catchy vocals, and a thick bass, this song really highlights what Dion can do. His first release, Panic, was much more on the dubstep-y side of things, while this track definitely resides in the trap family.

Though he has been actively releasing music since 2014, not much is known about the young Dutch producer. He did a fair amount of collaboration with Excision on the album Virus this last year, on top of releasing his own My World EP. Still a teenager, Dion is leaps and bounds ahead of many producers in terms of skill and connections.

Lost seems to be Timmer’s first step towards branching out from the umbrella of sound that is Excision’s music. The influential training Dion has no doubt received from the high-profile DJ is definitely paying off. We’re psyched to see talented artists sharing their knowledge and work with each other.

A solid start to 2017 for any DJ is to get music out early in the year, and Timmer is doing just that. We hope to see more from the Netherlands native in the near future. Stay up to date with tracks from Dion by following him on Soundcloud, and be sure to keep tabs on all Monstercat releases!

In this article:Monstercat, New Release, Trap
Up Next:

Local Duo BL3R Showcases New Style With ‘Is It Over’ Remix 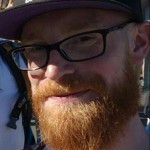 Habstrakt co directs his first ever music video for new single, ‘The One’