Moombahton is getting much needed love from one of the biggest artists in the genre. Dillon Francis’ debut album, Money Sucks, Friends Rule, was not the return to moombahton that fans were expecting. The album was a great example of the versatile artist that Dillon truly is, but left a lot of his original fans wanting more of what made him popular to begin with.

Late last year, there was a glimmer of hope for a return to his moombahton sounds. Promise of new work was announced (along with a collaboration from him and Skrillex, which we can’t wait to hear), and finally, two months into 2015, he is continuing to keep his promise with new music. His latest song is Clouds, and for this he has teamed up with KSHMR and the talented Becky G. Although his new EP is still due to be released, this new track definitely has us ready for some old school Dillon.

With the the full Lucky line up released, we can only speculate as to when Dillon will be making his return to the Northwest. I’m sure a lot of fans would be very happy to have him return to Paradiso and maybe he will keep his pants on this time (or not).

Take a listen below and let us know what you think of the new track or when you would like to see him next! You can also reach on Facebook and Twitter.

In this article:Becky G, Dillon Francis, KSHMR, Moombahton
Up Next: 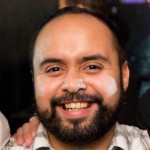 KSHMR’s heartfelt documentary, Back To My Roots’ is a must-see