There will always be impatience for festival goers as their summer concert plans approach showtime, but the wait for the lineup is always the ring leader in anticipation. Over the past three summers, Oregon’s What the Festival has grown in so many ways, but one thing this festival has never lacked is a top notch lineup that is sure to make you drool! Headliners such as What So Not, Purity Ring, Kygo, and The Glitch Mob have all graced the What the Festival stages and now it’s time to reveal who will be playing over this year’s summer solstice! The initial lineup gave us major names like GRiZ, Odesza and Keys N Krates, and now we have incredible additions such as Thomas Jack and Minnesota! Along with the top notch headliners, What the Festival has also added on some of Portland’s favorite locals Hal-V & Spacecase and Lil Clark. Now that you’ve seen all WTF has to offer this summer, be sure to snag your tickets to the fourth annual What the Festival, happening June 19th through the 22nd!

If you’re a first time WTF attendee, make sure to check out our survival guide to help you in your preparations! For any further information, check out WTF on Facebook or Twitter.

In this article:Festivals, Oregon EDM, What The Festival, WTF
Up Next:

DMNW On The Road: Getting Together in Vancouver for Trance Heaven 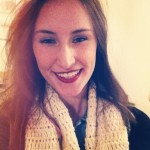 Hooking up at a festival: The good, the bad, and the ugly [Opinion]